The FDA's law requiring restaurant chains with 20 or more locations to provide detailed nutritional information on menus could take effect as early as 2012, but some restaurant operators are not on board with the requirements. The National Restaurant Association filed comments in July asking for more flexibility, but the latest pleas came from Domino's Pizza CEO J. Patrick Doyle in a letter published onThehill.com.

Although Doyle said he agrees that restaurants should give consumers nutritional information, he wants the government to be flexible with the law that he calls 'A one-size-fits-all approach that will be both expensive to implement and ineffective.' Only one of the 27 comments sparked by the letter thus far disagreed with Doyle. The other 26 came from Domino's franchisees, who, like Doyle, are concerned with the cost and logistics with some of the government's requirements.

The proposed regulations would require franchises to provide calorie information on in-store menu boards, a mandate which would cost each store thousands of dollars every year, starting at $1,600 and going up to $4,700 per year, according to Doyle.

'As a delivery-oriented business, 90 percent of orders are placed by phone and online. As a result, the vast majority of our customers never even step foot in a store, much less look at the menu board,' he said.

Doyle also said that there has been no change in customer ordering behavior in New York and other municipalities, where stores have already been forced to menu label.

'Unfortunately, the FDA's regulations are indifferent to these facts, and could result in millions of dollars of annual expenditures that a fraction of consumers actually see,' he said

Doyle pointed out in his letter that the FDA unsatisfactorily addresses the challenges posed by customizable or 'variable menu items' like pizza. For example, there are more than 34 million ways to order a Domino's pizza, according to the company.

'Under the proposed rules, we would have to label entire pizzas, and provide a calorie range that could be as wide as 2,000 calories,' he said. 'How is that helpful?'

While Domino's is a global brand, Doyle said the reality is that it's a network of small, family-owned businesses. The average Domino's franchisee owns four stores, and half of the U.S. operators only own one store.

'Yet because they are affiliated with a 'chain,' they have to bear the cost of the regulations whereas their independent in-town rival – also a single store owner – would not,' Doyle said. 'When you factor in all of the restaurants that will not have to comply with the legislation, you soon discover that more than 70 percent of all restaurants in America will not have to share this cost burden.'

Providing nutritional info online and via in-store brochures are not only more cost-effective solutions, it also makes more sense for consumers, according to Doyle. Domino's website has an application called the Cal-O-Meter that displays specific calories and other nutrition information for all 34 million possible pizza combinations.

'It is absurd to impose rules that will increase costs to business in a manner that will never be seen by 90 percent of our customers, and will be so confusing as to be ignored by the very few who ever see it,' Doyle said. 'We strongly support the spirit of what the FDA is trying to provide to consumers. The FDA should let us continue to give customers relevant nutritional information where they actually order, in an efficient and fair way, so we can get back to growing our businesses.

"A step-by-step guide to help you transition from the employee culture to that of the entrepreneurial world." 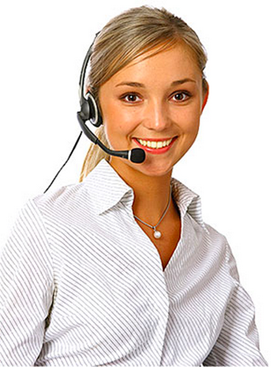 Call us anytime using the toll free number below.

WE ARE HERE
FOR YOU!

Search hundreds of franchises by investment, location, or industry.

You have reached the maximum number of franchises than can be submitted at one time. Please submit the form to continue.

The following errors have occurred:

Please click 'Continue' and correct the errors described above.